Shingle Wind Resistance: What Are My Best Options?

Wind damaged roofs are one of the most frequently used insurance claim categories for homeowners in Southern Ontario. The cost to repair these damages are typically thousands of dollars. Unresponsive roofing contractors and repair lead times after a major storm can cause a great deal of stress and anxiety for homeowners who experience substantial wind damage. Many homeowners are left wondering if they could have done something different to avoid this stress. 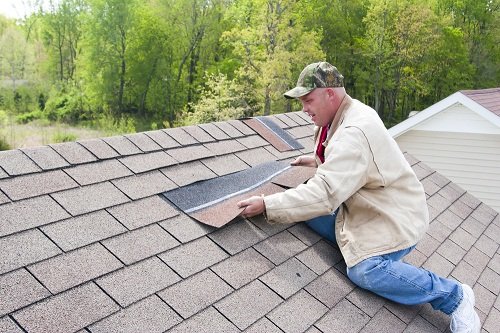 At Logik Roofing, we believe there are a few choices a homeowner can make before hiring a contractor to replace your roof which can greatly reduce the chance of premature wind damage. Today’s topic will offer some guidance in making these choices.

A Brief History Of Shingles Over The Last 35 Years

Before we get into any advice which could prevent premature wind damage. I thought it might be a good idea to have a brief look at the history of changes that have taken place in shingle design and composition over the last 35 years.

Up to the late seventies and early eighties, traditional 3 tab shingles with organic reinforcing matts were the conventional choice. Due to their construction, these shingles had both very high nail pull resistance and quality asphalt in the sealant strips. As a result, wind blow offs were not that common, at least in our region.

As changes to the quality of asphalt available were made (a topic we can get into on another day) manufacturers began noticing  that shingle lifespans were lowering. This resulted in a revamp of shingle composition. The most notable change was organic reinforcing matts were replaced with fiber-glass matts. While these matts resulted in improvements in lifespan, the wind resistance, particularly in 3 tab shingles, was another story. Fiberglass matts had a much lower nail pull resistance than shingles with organic matts and as a result, the shingle’s ability to resist wind blow offs had been compromised.

By the early nineties, most manufacturers had a laminate or architectural shingle alternative available. This gave homeowners another choice beyond the traditional 3 tab shingle. Many manufacturers would boast about the improved aesthetics of these shingles and make that the selling point of the new, higher priced shingles. What was often overlooked in the early years was the superior wind resistance these shingles provided. Because these shingles had no keys or slots, there was no easy entry point for wind to begin forcing against the sealed tabs. The new laminates (installed properly of course) were creating a more monolithic roof assembly with no weak point for wind to force open.

As these shingles became more popular and easy to produce, the price became more in line with 3 tab pricing. Today, laminate or architectural shingles have become the conventional choice. With further improvements in shingle composition, many manufacturers were able to improve nail pull resistance and overall wind rating. Unfortunately, there are still a high number of recorded premature wind damage claims in this region. Next, we will look at a couple things to consider which should help reduce premature wind damage.

Selecting a quality shingle is likely the most important aspect of a quality, wind resistant assembly. Most brands have comparable wind ratings written on packaging or in their promotional literature. However, our experience has been that a couple of brands seem to outperform the others. We believe this is due to two main attributes:

Nail Pull Resistance is the force in pounds required to pull a nail head completely through a shingle. This is typically lab tested at 0 degrees celsius. This testing offers a direct measure of an unsealed shingle’s ability withstand blow offs during cold weather. ASTM International requires all shingles resist at least 23 lbs of force. CertainTeed (one of the best wind resistant shingle brands in our opinion) requires all their products resist a minimum of 30 lbs. This higher quality control standard has, in our opinion, resulted in a product that leads the industry in wind resistance.

Owens Corning Duration with SureNail Technology. These shingles are fastened directly through the SureNail Strip, which greatly increases the nail pull resistance of the shingle as well as provide a great substrate for the above shingle sealant strip to adhere to.

At a glance, the sealant lines appear similar between brands. Feeling these sealant lines, however, you will notice quality shingles have a soft tacky feel, where less quality brands feel hard and brittle.

In auto racing, having the fastest car does not ensure you will win the race. Having a highly skilled driver is also necessary. Similarly, having a high quality shingle is only part of the equation. You also need to choose an experienced installer, preferably one who is manufacturer certified. “High Nailing” or placing fasteners outside of the manufacturer’s nail area is one of the most common deficiencies in the labour component of a new roof install. It is also one of the most common issues that result in wind damage. Not only does poor nail placement cause more shingle exposure from the butt to the nail, it also increases the chance that the fastener will be high enough to miss the shingle below the one being installed. Missing the underlying shingles means each shingle will held down with half as many nails as it was designed to have.

Improper nailing is the leading cause of wind damage resulting from faulty workmanship. Note the upper nail on the left is fastened in the nail zone, which also fastens the upper portion of the underlying shingle. The shingle on the right is fastened above the nail zone and misses the underlying shingle. High nail placement like this is one of the leading causes of wind damage from faulty workmanship.

Now that we’ve covered the two most critical aspects of achieving a high wind resistant roof system, I’d like to list a few other important factors:

The shingle on the right is the CertainTeed Landmark with its 1 1/2 “ nail zone. Another leading brand on the left has only a ⅜” wide nail zone. It can be near impossible to hit a ⅜” wide nail zone with every nail on every shingle. However, not hitting these nail zones could void your wind warranty.

In closing, you may have noticed we seemed to be partial to the CertainTeed Landmark. I will state that this has nothing to do with any paid incentives or endorsements from the manufacturer. It simply comes down to one fact. Prior to the May 4, 2018 wind storm in Durham, we had installed nearly 1100 Landmark roofs in the previous 6 years. Of those nearly 1100 roofs, we had zero (0) claims or call backs to due to wind damage. These shingles not only offer peace of mind to homeowners, they allow roofing contractors a peaceful night’s sleep as well.

If you have any further questions regarding shingle wind ratings, please contact our office.